In a gesture of solidarity with the people and the country of Ukraine, the Ukrainian national flag was raised today at County Hall, Swords, by the Mayor of Fingal, Cllr Seána O Rodaigh, in the presence of the Ukrainian ambassador to Ireland, Her Excellency Ms Larysa Gerasko.

The ceremony was also attended by members of the Ukrainian community in Fingal who had earlier been hosted by the Mayor at a special reception in The Atrium at County Hall.  Fingal councillors and Oireachtas members stood in solidarity with them as the flag of Ukraine was raised and the Ukrainian national anthem was sung by those present, who were very moved by the occasion. 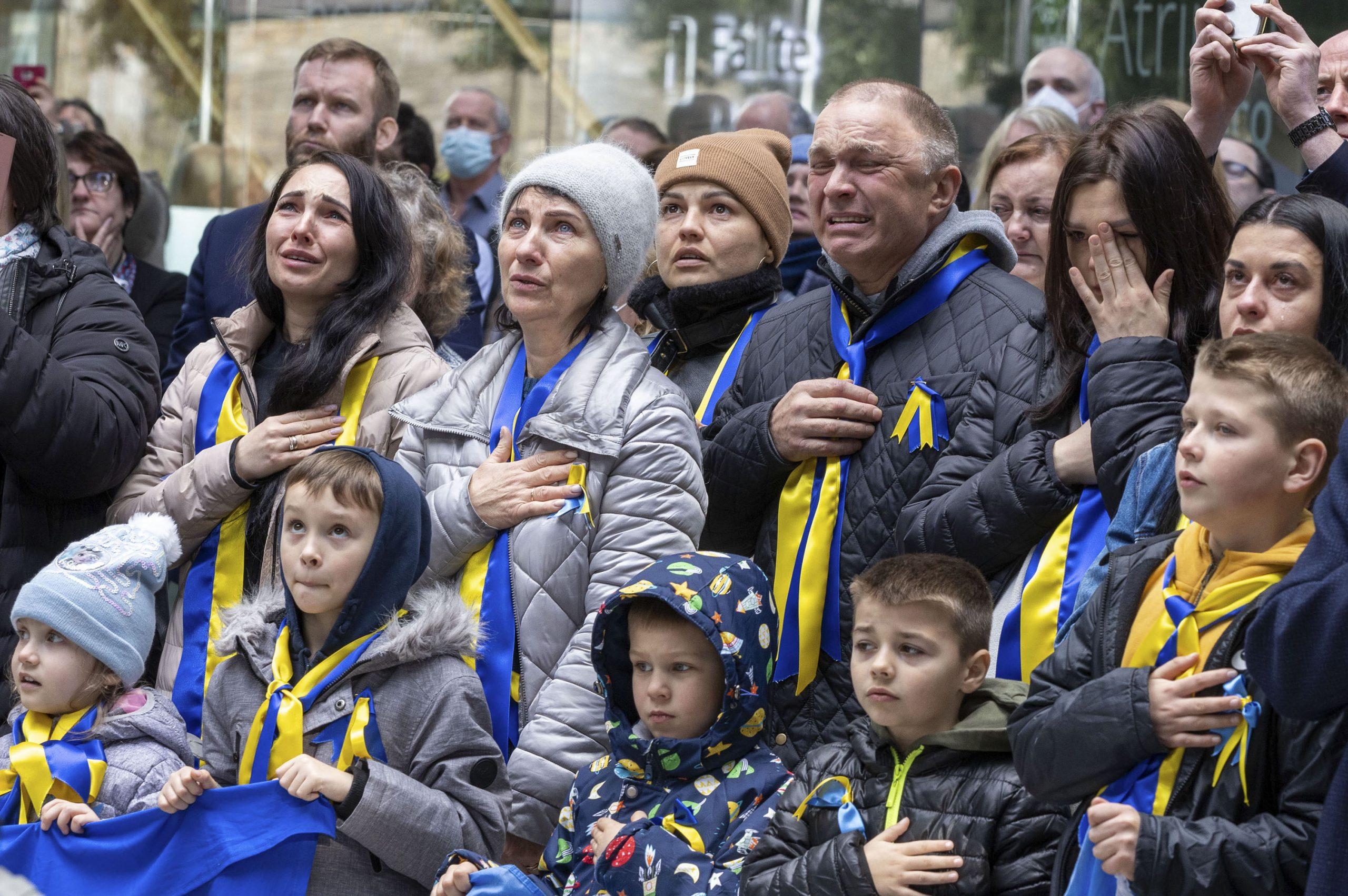 The Mayor expressed her solidarity with the Ukrainian community and spoke of those she met earlier, saying: “Many relationships have been fostered today and many of us listened and we will continue to do so. We have a full Council meeting this evening and we will be discussing the situation then. I would like to commend those here who represent us in Dáil Éireann for what you are doing and I ask you to continue to do anything you can do to support the people of Ukraine.”

Ambassador Gerasko thanked the Mayor for inviting her to the ceremony and added: “Ukrainians are facing a dark and terrible time, parts of country are destroyed including hundreds of schools and hospitals in this unjustified and terrible war. We need your support and we are grateful to the Government of Ireland for their huge support and solidarity and to the Irish nation for the many messages of support and offers of accommodation and humanitarian aid.”

The Ukrainian flag was also raised at the Council’s offices in Blanchardstown which were lit up in yellow and blue along with Swords Castle in solidary with Ukraine and its people. 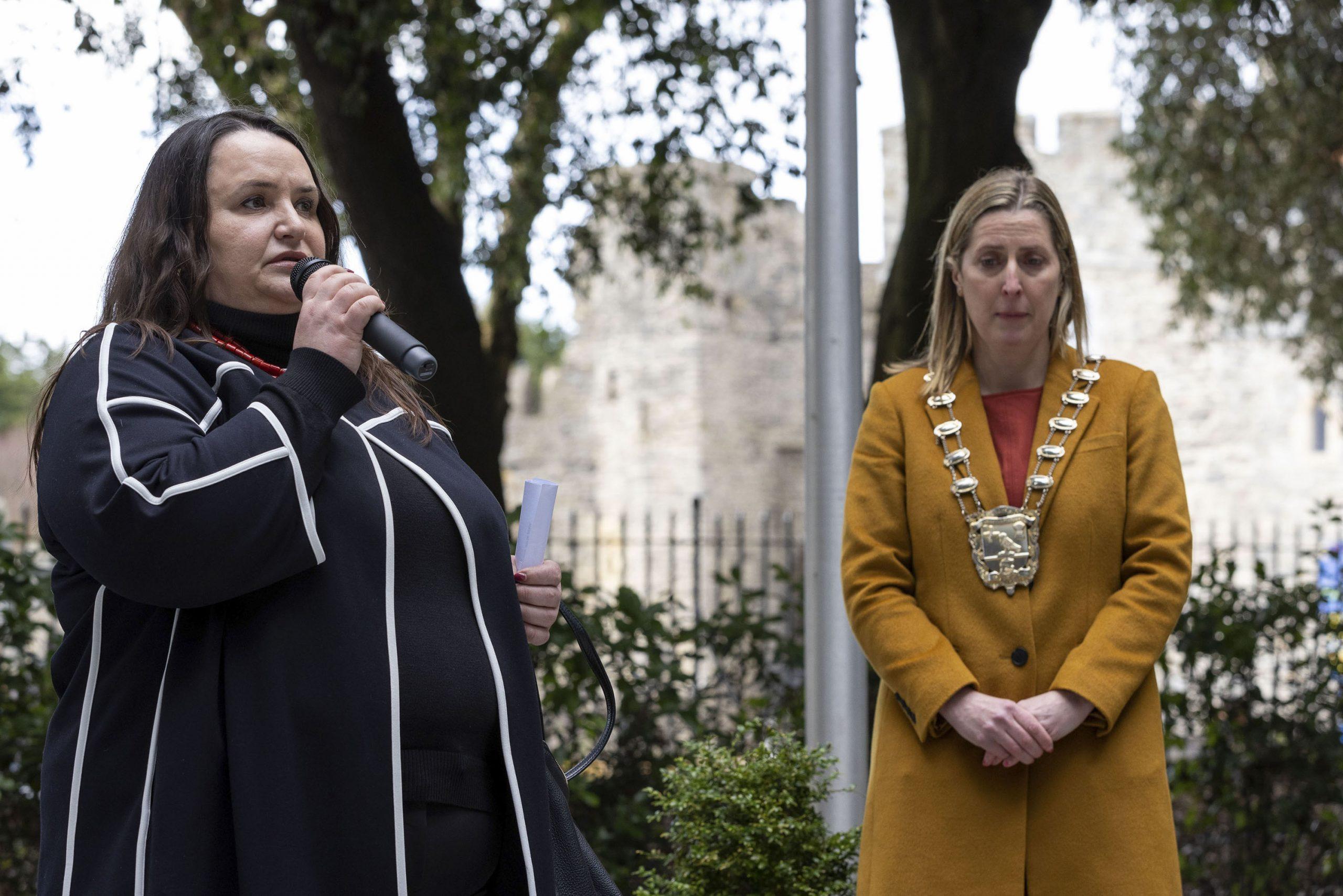