Suttonians’ efficiency in the red zone was the difference, with tries from Lena Kibler, sisters Lauren and Kate Farrell McCabe and replacement Emily McKeown helped them prevail over Wicklow and complete a five-match winning streak in the Conference.

Wicklow dominated possession for large parts of this Leinster derby, and were rewarded with tries from Kathy Byrne and captain Erin McConnell, along with Beth Roberts’ five-point kicking haul.

The hosts, who trailed 10-7 at half-time, were camped on Sutts’ line during the final 10 minutes, but they could not quite find the key to unlock the north Dubliners’ strong defence.

In Wicklow’s last home league fixture of the season, Ireland Sevens captain Lucy Mulhall was busy from the first whistle, putting in a massive shift in midfield and despite some promising early phases with out-half Roberts controlling the attack, Wicklow were unable to put points on the scoreboard. 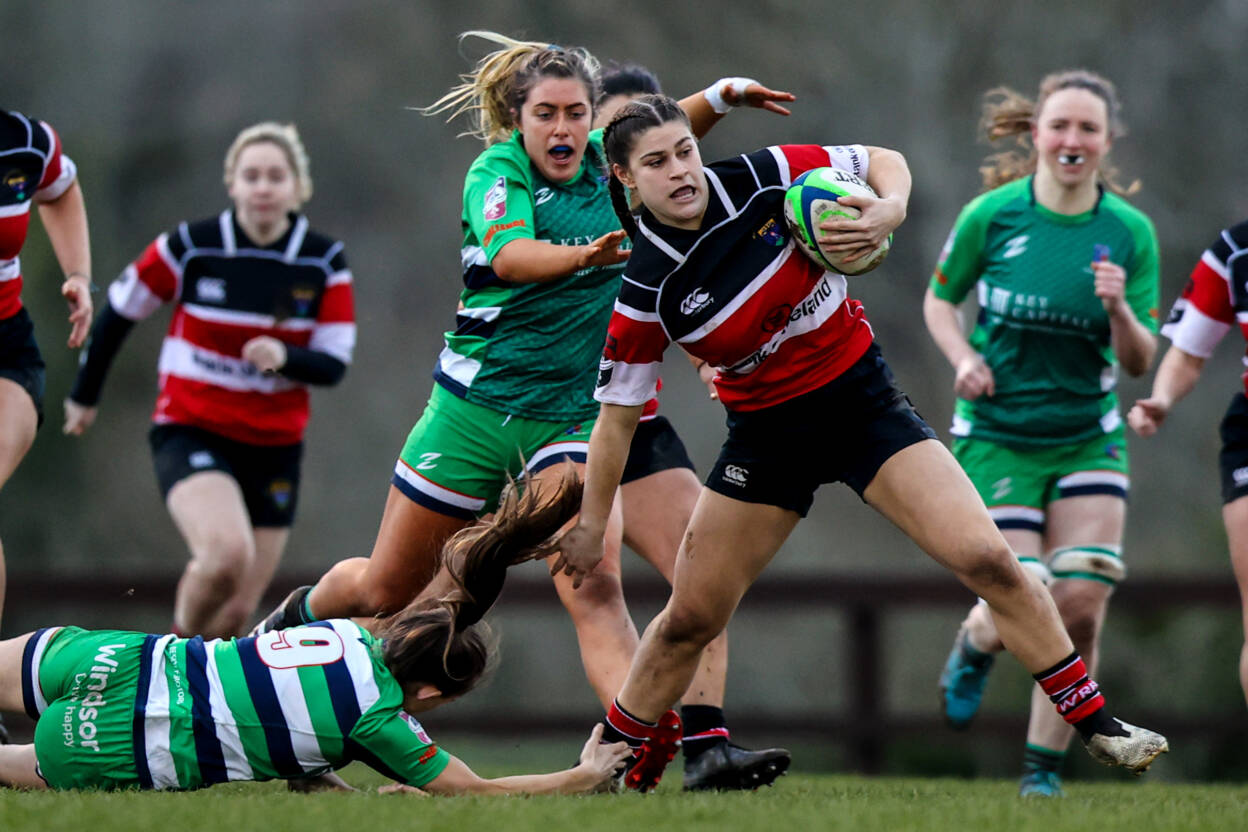 Approaching the 20-minute mark, Suttonians got their first real foothold in opposition territory. They tested the defence before creating a simple overlap which set up left winger Kibler to go over in the corner. Shortly afterwards, they came away with more points in typiclly clinical fashion. This time scrum half and captain Lauren Farrell McCabe crossed after quickly tapping a penalty, suddenly leaving Wicklow 10-0 behind.

Wicklow did find a response before the break, with a run of penalties giving them access to the right areas of the pitch when they finally were able to convert pressure into points. 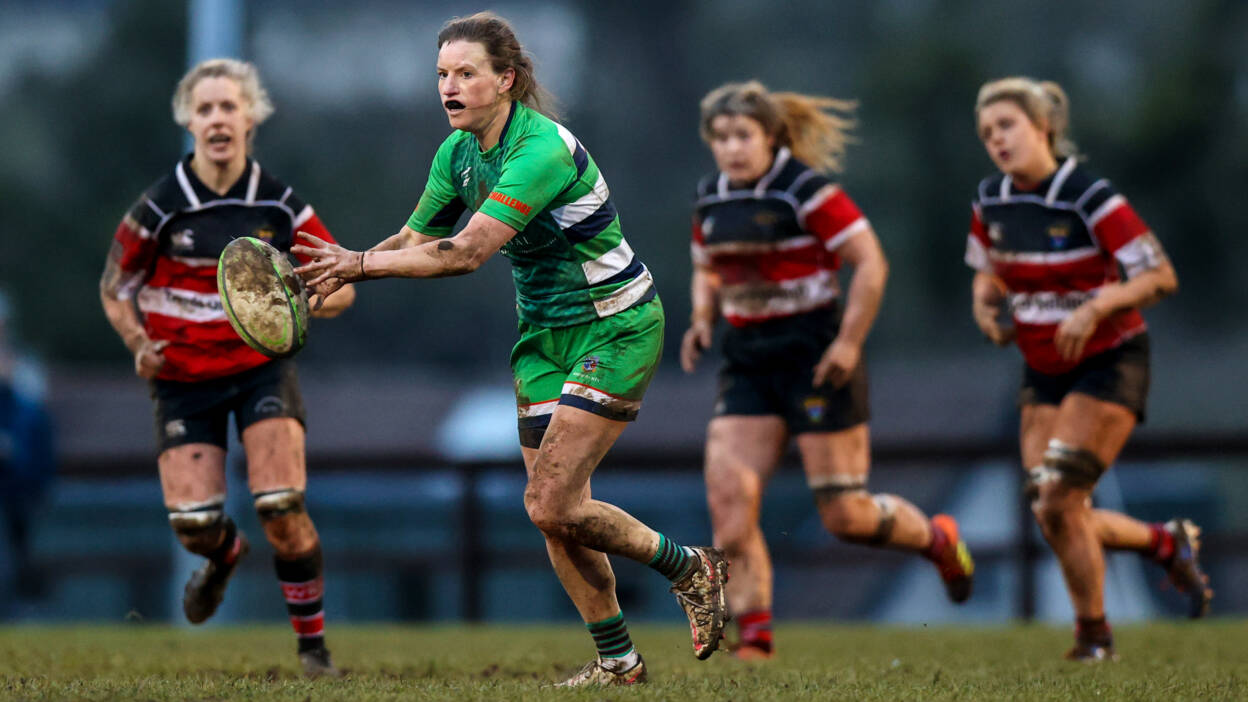 A big Mulhall carry almost got them over before prop Byrne managed to score with Roberts adding the extras. Just three points separated the sides at the break.

An early second half penalty from Roberts brought Wicklow level, but just as the home crowd were sensing a shock result, Sutts hit back with two quick-fire tries to regain their 10-point advantage.

Ireland Sevens international Kate Farrell McCabe ran the length of the pitch for a superb solo score, turning some last-ditch defence into attack.

Similarly, the pacy Emily McKeown got the ball in space and, in trademark McKeown style, ran in at the corner to pocket the visitors’ bonus point and the quality finishing on display from Suttonians set these two teams apart.

To their credit, Wicklow did come back fighting and looking for more and a smart snipe from the Wickow scrum half gave the home support some hope at 20-15 down but despite Wicklow emptying the tank, Suttonians stood firm to make it five straight wins for the Sutton Girls.

With the Suttonian squad at almost full strength, bar the noticeable absence of the impressive Jools Aungier, next Saturday’s Conference Final against Galwegians is history in the making for this Sutton squad. So make a date with history, 4.45pm in Energia Park, Donnybrook and roar on the Sutton girls! (Live on TG4)